Ian Stewart was born in 1945 and educated at Cambridge (MA) and Warwick (PhD). He is a multiple Emeritus Professor, has five honorary doctorates and is an honorary wizard of Unseen University on Discworld.

Professor Stewart is best known for his popular science writing – mainly on mathematical themes. He is one of the UK’s most prolific popularisers of mathematics and has published more than 120 books on a number of different fields of science. But he may be best known for his The Science of Discworld series he co-wrote with Sir Terry Pratchett and Jack Cohen. With Cohen, Stewart has also written two science fiction novels, Wheelers and Heaven, and one of his own called Jack of All Trades. His latest novel is The Living Labyrinth (with Tim Poston), which came out last year with a sequel on the way. He has won numerous prizes in the academic field, was a Hugo Nominee in 2000, and was elected a Fellow of the Royal Society in 2001.

Professor Stewart once brought a live tiger into the lecture room. He did not get banned for it.

He is an active research mathematician with over 180 published papers, and he currently works on pattern formation, chaos, network dynamics, and biomathematics. He lives in Coventry and is married (46 years and counting) with two sons and three grandchildren.

“Writing for a different audience makes you rethink everything – often you find that as you try to explain things to an audience who do not understand things perfectly well, you realise you don’t understand it as well as you thought. And so you get feedback in both directions.” 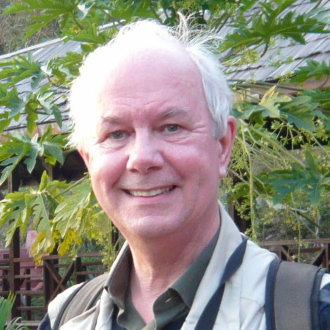